My only PC is a desktop, where I dual boot Windows (for gaming only) and Linux (for everything else). My work provided me with Macbook (read more about that here), but I don’t use it to manage my personal servers, write personal code, browse the internet, etc… But, it would be really nice to SSH to a server from my couch on a device that’s not my phone. I figured it was time to get a laptop. I was looking for:

Naturally, the internet suggested a ThinkPad T-series laptop. Seeing as this wouldn’t be my main machine, I decided to purchase something refurbished from the Lenovo Outlet (their stuff is about 10% off new prices).

I ended up purchasing a Lenovo ThinkPad T14 Gen2 (AMD) from the Lenovo Outlet. I’ve never purchased from the Lenovo Outlet before, but the model number I purchased online is not exactly the same as what showed up at my house. I’m not sure of the differences, but they’re both part of the 20XK family, so it might not matter. 🤷‍♂️

For all intents and purposes, it looked like a brand new machine, minus all the paperwork and foam. 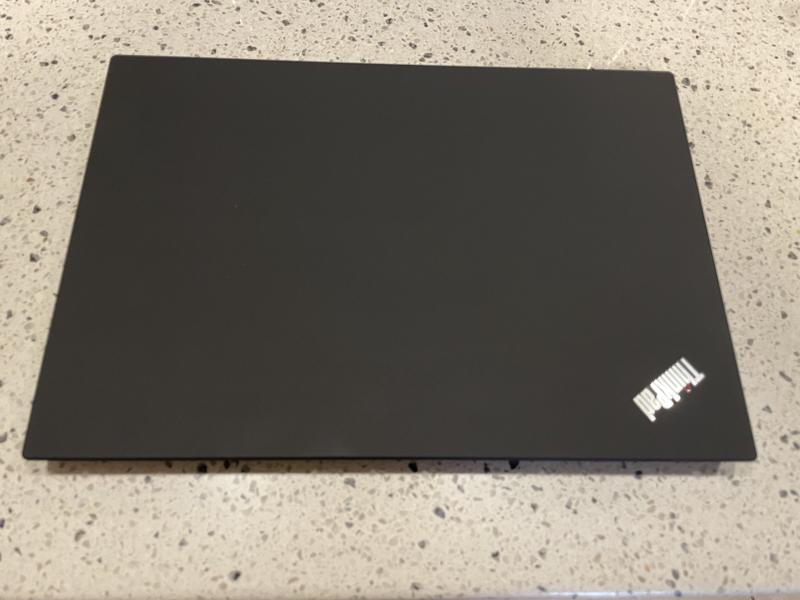 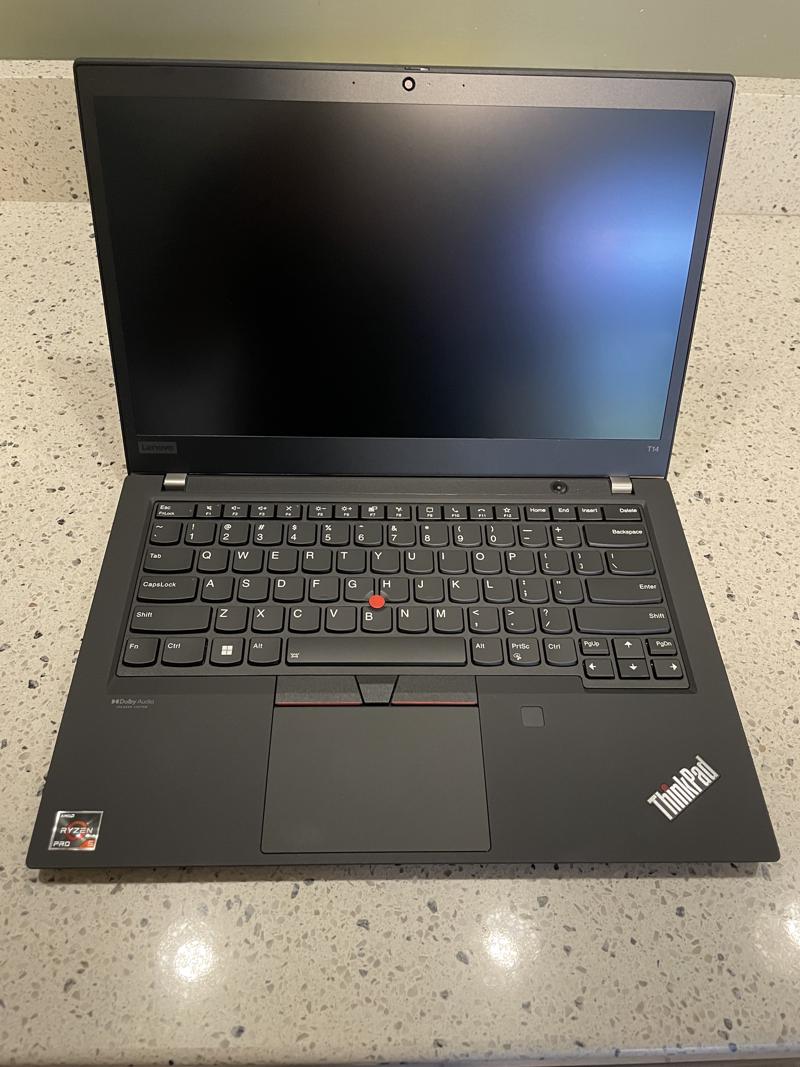 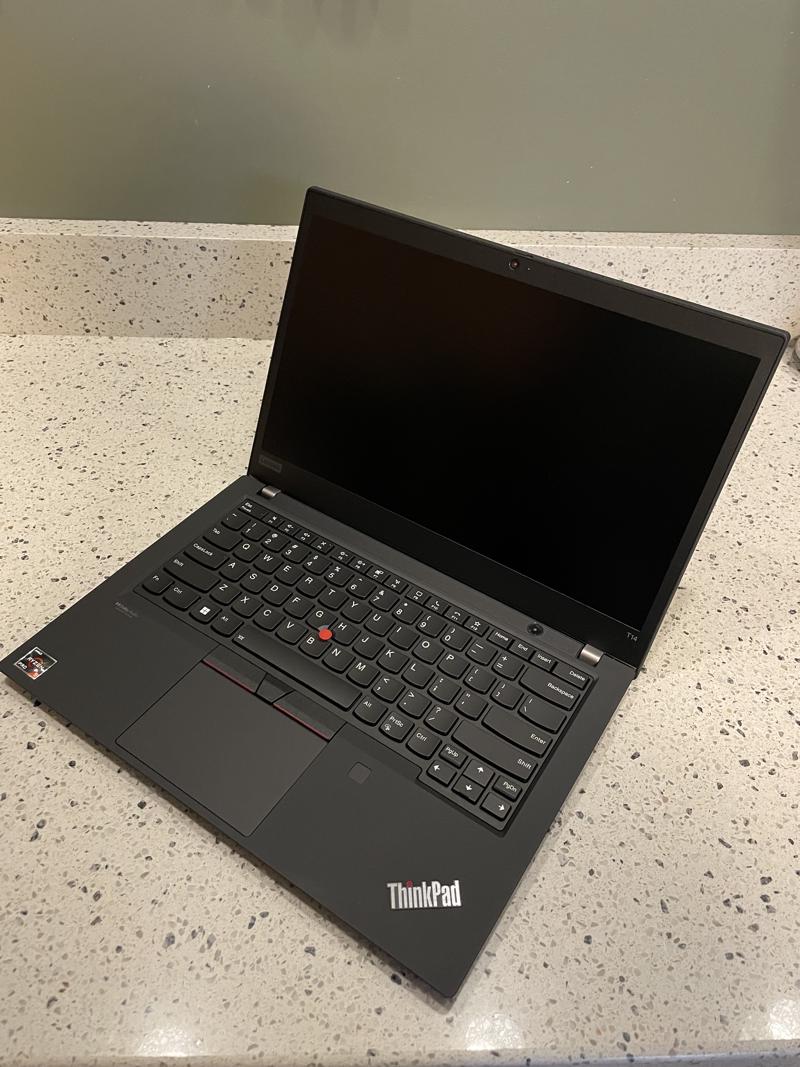 Regardless of model number, here is the link to what I purchased. I paid $569.99, which I thought was a good deal. Below are the specs of the model that showed up to my house.

Below are the parts I upgraded right out of the box.

I booted into the default Windows install just to make sure everything worked, then updated the BIOS.

Once that was done, I added a stick of DDR4 SODIMM RAM and swapped out the WiFi card. For a large OEM, Lenovo has some really great documentation on their site for how to open the laptop up and access almost every part. Not as detailed as the Framework laptop documentation, but impressive nonetheless.

The screws on the case back were captive, which was a nice touch. There were about a dozen small clips that were almost impossible to open without a guitar pick or opening set from iFixit (I destroyed my credit card trying to use it as an opening tool). I would recommend opening the back only once, so make sure you have all the parts you need ahead of time. 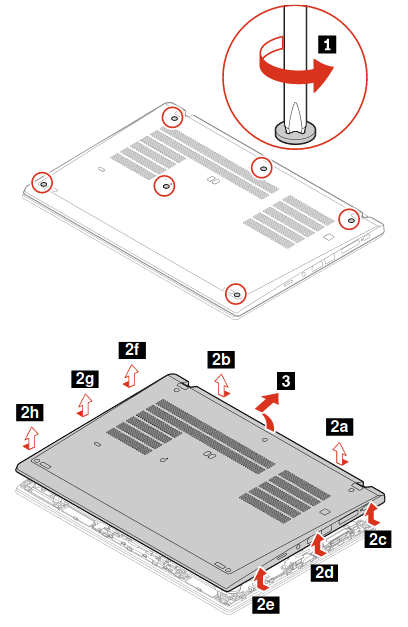 I tried to block out as many serial numbers as possible, but you can see the single SODIMM slot in the middle (under the black plastic), the SSD and WiFi modules in the top-right in an “L” shape, with the space for the WWAN module under the black plastic between them (there is a full-size image here). 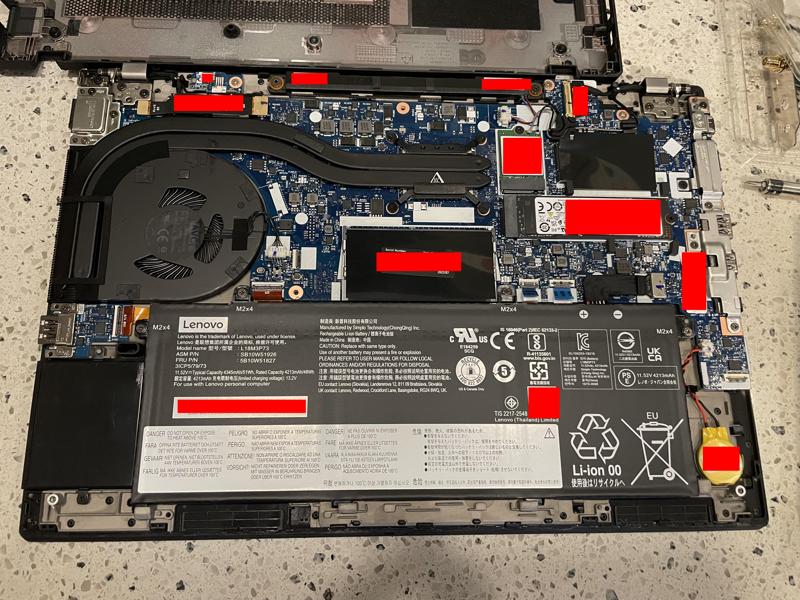 I started it up one more time to make sure everything still worked, then tested the new memory stick. I always test my memory before I use it, and I always recommend Memtest86 (not to be confused with Memtest86+).

I had done my research before selecting this model and found an ArchWiki page on it, so I knew Arch should work.

I always install Arch manually from a wiki I keep in my homelab (on DokuWiki), but maybe one day I’ll try archinstall. I’ve done it manually enough times that the whole thing takes about 15 minutes now.

I’m a caveman, so I don’t use swap, suspend, or sleep. I shutdown my PC every time I’m done with it, then re-enter my encryption passphrase at every boot. I generally do ESP+GPT+LUKS2+SystemD boot (example partition layout below).

Once I get to the post-installation section of the installation, I use an Ansible playbook to setup my packages, desktop, settings, etc… This allows me to keep my desktop and laptop setups consistent.

I’ve been using this T14 on and off for about a week. I run KDE Plasma, so it’s very customizable, and I was able to tweak power settings, Bluetooth, trackpad speed, etc… All the hardware works, and it does everything I ask it. I haven’t run the battery down to zero, but the projected 13 hour battery life sounds correct (assuming the screen brightness isn’t maxed out).

No complaints so far! I need to pickup a sleeve and maybe a few adapters (DisplayPort and VGA come to mind).