I’ve been trying to get my homelab applications moved from running on VM/LXC to Docker. There’s nothing wrong with VMs or LXC containers, but I’m trying to manage fewer servers and “snowflakes” (even though I do my installs with Ansible).

The application that started my homelab journey was DokuWiki. It’s a self-hosted wiki, written in PHP, that requires no database. You write in a Markdown-like syntax (not Markdown) and your data is stored in plain TXT files on the filesystem. DokuWiki, however, is not 100% straightforward to Dockerize.

The DokuWiki in Docker problem#

DokuWiki is very simple: a bunch of PHP files sit in a directory to be served by a PHP-capable webserver (e.g., Nginx or Apache). It’s so simple (and old, from 2004) that you’d think it would be easy to run in Docker in 2022, right?

If you search on Docker Hub, there are almost 400 DokuWiki images, none of which are the official image (because there isn’t one). An official image was requested via a GitHub issue back in 2017. However, because DokuWiki is so simple and pre-dates Docker, it wasn’t really designed to be run inside a container (see this for more details).

Before anyone asks, yes, I know there are other wikis out there, and they almost certainly have more features than DokuWiki, and are probably nicer looking. However, they all require a database to store content, whereas DokuWiki stores everything in plaintext files.

We’re basically going to run a PHP container with a webserver, then exec into the container and install DokuWiki.

This simple Docker Compose file will get you up and running. It’s nothing more than the official PHP image with Apache.

Once this is completed, visit http://your_docker_server_IP:8888 and you should see this error (since there is nothing for Apache to serve).

First, exec into the container.

Now, visit http://your_docker_server_IP:8888/install.php and you will see the DokuWiki install page. Done! 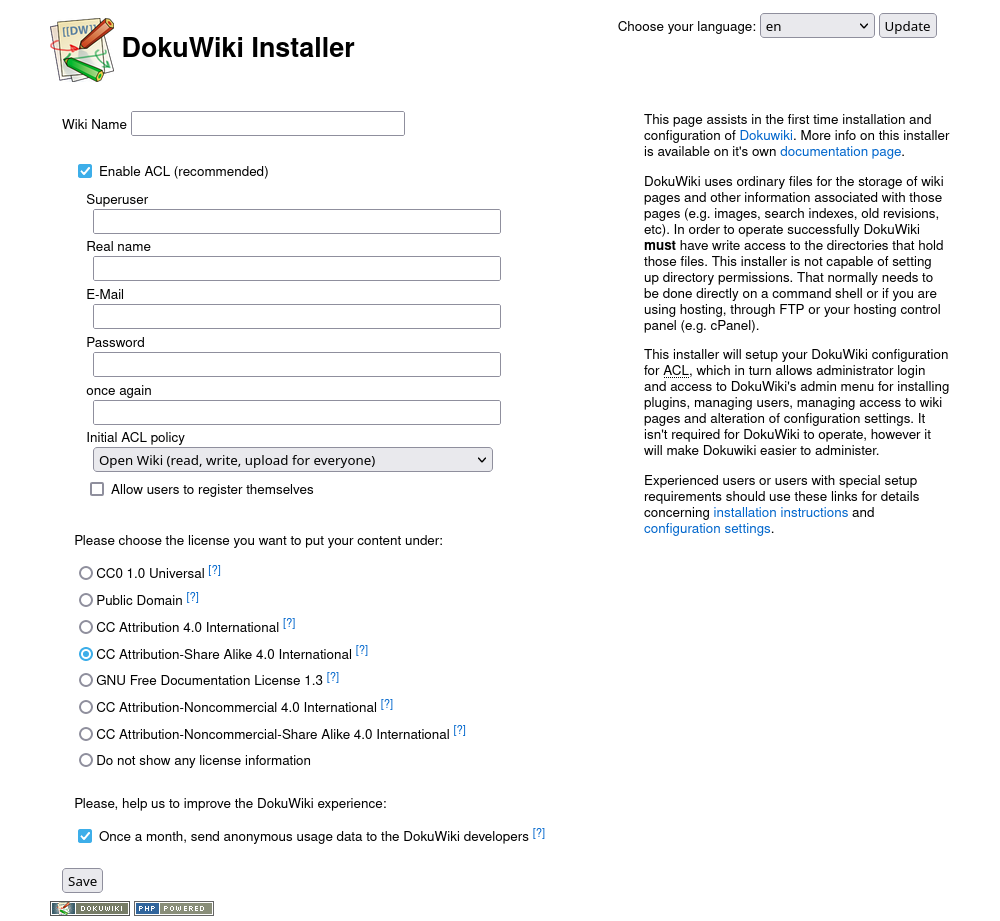 The only caveats I can think of running this way are: